A historical recording duly preserved by Peter Principle, showcasing the short 1983 tour that momentarily brought together the then-departing Blaine L. Reininger and recent recruit Luc van Lieshout, albeit never sharing the stage. The recording itself is a fine one, despite the two obvious setbacks that betray its provenance (a 90-minute cassette tape): Saint John required an edit due to being caught in the tape-flip exercise, and Again needed a fade-out in order to avoid an abrupt ending. One could argue this fade-out works well as a metaphor for the band’s transition into a new chapter...


The somber mood is somehow palpable, the classics taking on an elegiac tone, and the new compositions still evolving (in his own personal notes on this recording, Peter himself wrote “Early version of Manner has Bruce still looking for a part”). Towards the end of the gig, right before “What Use”, Blaine announces his departure, which would indeed occur two days later after one final performance in La Rochelle.

“In April 1983, Reininger was contractually obliged to rejoin Tuxedomoon for a few gigs in France. Interview footage shot at La Rochelle made it clear that the show to be performed that night was perceived by many to be Tuxedomoon’s last waltz. But that wasn’t the case and this in spite of the Les Disques Du Crépuscule press releases that...  more

Project management, notes and design by Heitor Alvelos
Photography by Pierre Radisic (used with permission of the author)
Tuxedomoon signature by Winston Tong (from “Music in 4 Suites” press kit, 1983)
Ornament by Kjpargeter @ freepik.com

all rights reserved
Posted by Blaine L. Reininger at 2:58 AM 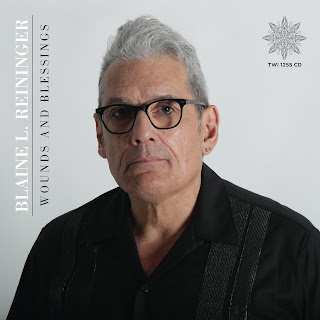